A vision for a skyscraper containing swamps, mountains, glaciers and a jungle has been named the winner in a competition to come up with futuristic ideas for high-rise living.

he designers, collectively known as BOMP, proposed a towering structure containing eleven different kinds of natural landscape, from rivers and waterfalls to deserts, grasslands and caves.

Their aim was to bring the natural landscape into the everyday lives of city dwellers, and create opportunities for adventure.

“The main goal of this project is to position non-architectural phenomena in an urban fabric,” they said, “an inspiration rooted in nature allowed to form a representation of external worlds in the shape of a vertical structure.”

“Away from everyday routines, in a dense city centre, a secret garden that combines architecture and nature is born.”

More pictures, and details of other entries can be found here:  https://www.dezeen.com/2015/04/01/conceptual-high-rise-essence-wins-evolo-skyscraper-competition-2015/ 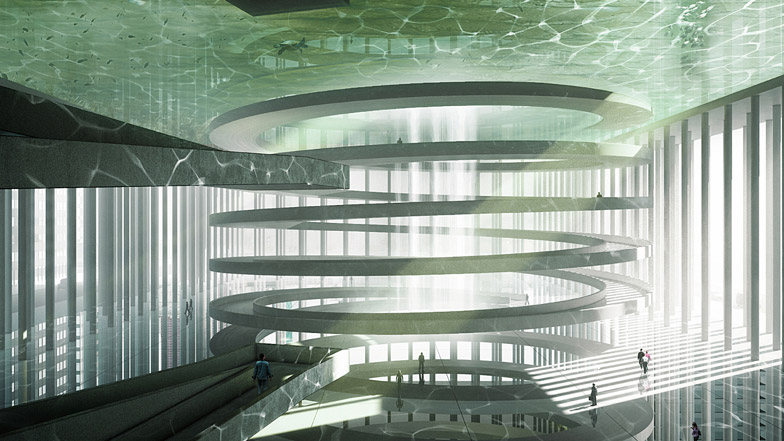